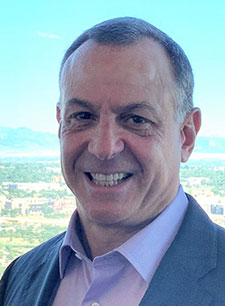 Ken was always interested in sports. In his younger days he played basketball, golf, tennis, baseball, football and ran track. He even bowled. As he got older, football became his passion.

Ken is a 1981 graduate of Birmingham Groves High School where he was a three-time letter winner and a two-year/2-way starter in football and a two-time letter winner in track making All-League in track his junior year (800 Relay and Shotput) and senior year (800 relay). He was All-League, All-Area, All-County and AP All-State in football as a senior. During Ken’s sophomore year Groves finished as MSAA Champs and finished the regular season at 9-0, and made the Michigan High School Playoffs for the first time that year. In Ken’s senior year Groves finished as MSAA Co-Champs. Also that year he was a starting halfback, linebacker, returned punts and kickoffs and was the team’s placekicker. He led the 1980 team in tackles and set a school record with a 71-yard punt return for a touchdown. He was both the strongest (bench pressing 305 pounds) and fastest (running the 40-yard in 4.65 seconds) on the team. In summer 1981, Ken played in Michigan’s first High School All-Star game starting as a strong safety and punt returner on the East team. He had 12 tackles in the game, which the East won 6-3.

After graduating from Groves, Ken attended the University of Toledo where he was a three time letter winner in football and played on two MAC Championship teams in1981 and 1984.